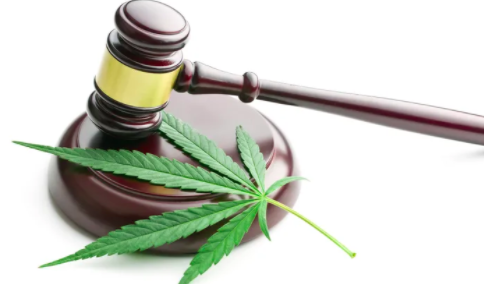 A new bill proposed under the marijuana justice act of 2019 would suggest that the cannabis plant is removed from a list of controlled substances. This proposed bill would lead to the legalization of marijuana across the United States.

This Democrat-backed bill would suggest that the war on drugs could be severely limited under a full marijuana legalization bill. Keeping marijuana on a list of federally controlled substances increases police spending and government spending, considerably. Legalizing the plant would also remove a large range of obstacles from vendors that are generating a massive economic stimulus across the United States.

This proposed bill would also work to expunge charges from the criminal records of anyone that has been charged with possession. Anyone that is also currently incarcerated under offenses for marijuana would be able to petition for an immediate resentencing. Those who were convicted under current prohibition laws would be able to get new resources and job training to help them quickly reintegrate with society.

This bill was proposed and introduced by New Jersey Democratic Sen. Cory Booker and California Rep. Barbara Lee and Ro Khanna. Bernie Sanders and other gov officials have also co-sponsored the bill with the assistance of Elizabeth Warren.

Those that are supporting the bill have suggested that cannabis laws have acted as a form of oppression against communities across the United States and a series of nationalities in the process. Jailing nonviolent cannabis users is taxation on the United States. With a series of incentives for the legalization of marijuana on a state-by-state basis, there has been damage done by marijuana prohibition. In some of the most vulnerable communities across the United States, there has been a disenfranchised nature to prohibition. Over-criminalization has caused a series of communities to become damaged. Introducing new programs that are focused on youth development, training, health education, and community resources will help these communities to recover after legalization takes place.

The war on drugs is considered an overall failure and reintroducing a Marijuana Justice Act could help to reverse some of the damage that has been done.

In numbers published under the American Civil Liberties Union, it’s estimated that there was over 8 million offenses catalog between 2001 and 2010. 80% of these marijuana-related offenses were for simple possession. Out of these possession charges it was estimated that African-American individuals were 3.7 times more likely to be arrested for cannabis possession over Caucasian Americans. Since the legalization effort has expanded to over 30 states, there is still a far greater rate of arrests for marijuana possession for people of color.

Funds could definitely be redirected from the war on drugs into a number of pursuits that could be stimulating to the economy. Sen. Bernie Sanders estimates that there could be nearly $50 billion in tax money generated from marijuana sales. He would ideally like to invest this money in communities that were hit hardest by the war on drugs.

Sen. Bernie Sanders would also suggest that marijuana companies will need stringent regulation. The government should never allow the marijuana market to turn into early tobacco products. Establishing regulations to prevent profiteering and consolidation would have to be included in a proposal for a marijuana business.

Legal marijuana would generate roughly $132 billion in tax revenue over 10 years according to studies published by New Frontier Data.

It seems as though the legalization effort is widely supported as well. Polling conducted by PW research estimates that 62% of US residents are in favor of ending the complete prohibition on cannabis and cannabis products.

The current state of prohibition continues to burden taxpayers as well as encroach on some of the civil liberties US citizens have. With worldwide reports of its medical properties as well as legitimate scientific research that is being missed out on in the United States, there has been a disproportionate amount of suffering over decades with these marijuana laws.

As federal lawmakers continue to examine this issue it could be just a matter of time before we can see a complete legalization effort. Its current state, marijuana prohibition is working to impact communities of color as well as lead to an untaxed criminal market. Addressing marijuana laws could lead to policies that offer safer cannabis products as well as a new cultural status for cannabis.