How Does Cannabis Impact The Progression of ALS 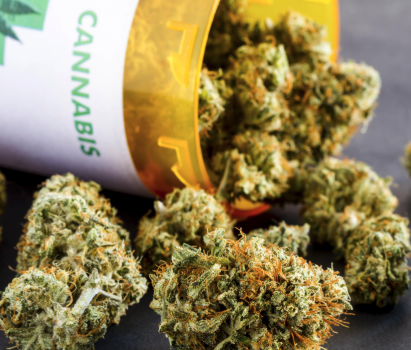 Based on some new evidence that has been discovered regarding the use of cannabis oil and ALS patients it has been discovered that Cannabis may be able to prolong the life of individuals suffering from ALS. The day-to-day symptoms of ALS can be devastating and managing these symptoms is possible with the help of products like Cannabis.

ALS is a degenerative neurological disorder that causes ongoing muscle weakness, paralysis and the limbs, muscle wasting as well as a loss in a vital function. People that suffer from ALS will eventually use their ability to speak, breathe and swallow. The deterioration of these critical muscles often leads to respiratory failure and the use of ongoing breathing aids to prolong the lifespan of someone. The diagnosis of ALS can feel devastating and the average life expectancy of someone who is diagnosed with ALS ranges from 2 to 5 years.

Over 50% of the people that live with ALS for more than three years will have a continuing deterioration in their quality of life. Around 5% of individuals who are diagnosed with ALS are able to live for more than 20 years after diagnosis with one of the most popular figures being Stephen Hawking who lived over 30 years after his diagnosis.

One of the most viable modern treatments for ALS is medical cannabis as it can work to relieve the symptoms of ALS with some astonishing results. New and astonishing testing is also gone on to suggest that Cannabis could work to slow the progression of the disease with regular and controlled doses from the moment of diagnosis.

One recent case study of a patient that started treatment of cannabis oil in 2012 from his diagnosis in 1998 showed extremely promising results. Bob Strider lost the use of his right arm after his diagnosis of ALS in 1998 and in the year 2012 he began producing his own cannabis oils. Giving himself a dose of 1 g each day for 60 days helped him manage pain and after 10 days he was able to gain partial control of his right arm again. Strider also managed to stop using opiates to manage his pain after a full 60 days of the treatment.

Cathy Jordan is another patient diagnosed with ALS in the year 1986. In the year 1989, she tried medical marijuana and felt her symptoms begin to ease. By the year 1994, she was seeing a new doctor that advised her to continue smoking cannabis. Jordan became one of the greatest advocates for medical cannabis in the United States and even had a medical cannabis amendment named after her.

Preclinical data associated with cannabis has shown that it has powerful anti-inflammatory, neuroprotective and antioxidant is benefits. Because of these benefits is possible to actually slow the progress of the disease and prolong the lives of individuals that are affected by ALS.

With this initial data, there are prequalifying programs for patients that have ALS. They use this as a qualifying condition for medical marijuana programs in Delaware, Washington, Georgia, Illinois, Maine, Massachusetts, New York, New Jersey, and New Mexico.

There’s been more conclusive research since the preclinical data. As a number of patients have been self-medicating over time, there are no verified results over the beneficial nature of the effects of medical marijuana on ALS. The conclusive research of patient self-medicating showcase that it can be an extremely beneficial solution for patients that are willing to qualify and receive this medication as a means to manage their condition.

If you know someone or you are working to manage your own ALS, using medical marijuana could be an excellent way that you could find relief from this horrible disease or enjoy a better chance at slowing its progression. Providing a better quality of life as well as a longer amount of time living with ALS can be crucial. If you or someone you know is diagnosed with ALS you should strongly consider qualifying for medical marijuana as soon as possible to slow the progression of the disease over time. As more research is completed into the nature of medical marijuana and ALS we will begin to understand more of the nature of medical cannabis and how it can benefit ALS patients. Contact us today!