In DC, Public Pot Smokers May Now Pay The Fine, Not The Time 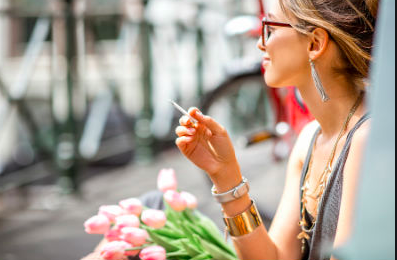 In mid-September, Mayor Bowser issued a directive to the Chief of Police requiring the MPD to change its arrest policy in an effort to decrease the number of arrests for public consumption of marijuana in the District. Prior to the Mayor’s directive, MPD officers had discretion to treat public consumption as either a custodial or non-custodial arrest.

But if there is still an arrest, then what is the difference? A custodial arrest means that you will be handcuffed, taken to the station and booked (just like in the movies). You may not spend the night in jail, but you will likely spend a few hours at the police station, which is extremely unpleasant. Alternatively, a non-custodial arrest is an arrest minus the handcuffs, more comparable to getting a traffic ticket.

Now, if you are arrested for public consumption, you will be issued a “Field Arrest Citation” for $25.00. You will then have 15 days from the date of receipt to report to the nearest police station to pay the fine. If you fail to appear within the allotted 15 days, a warrant will be issued for your arrest and you will have to go through the unpleasant handcuffing and booking ritual. You can also opt to challenge the citation in court. Unfortunately, even if you pay the citation, the actual arrest will appear on your record, but there is no admission of guilt or other civil or criminal penalty. You can also go through the process of having the arrest expunged after two years.

Contact us today for the highest quality Marijuana in the DC area! Delivered to your front door.