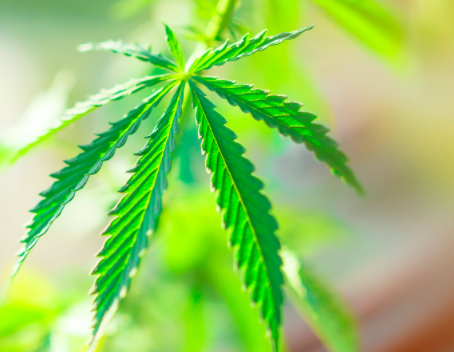 Compounds that are found in marijuana can be used to ease discomfort with muscle cramps. Based on new research coming out of the multiple sclerosis community and the American Academy of neurology, marijuana has been shown to have an improvement with involuntary twitches, muscle cramps, and ongoing information.

The Cause of Muscle Spasms

Muscle spasms are also known as involuntary hypertonicity. These conditions can affect anyone at any time in their common in patients that lead sedentary lifestyles as well as high-impact athletes. These spasms usually result is an involuntary contraction and muscle tissue and they can typically last just a few seconds to a few minutes. The most mild forms of these contractions are considered cramps and the most severe muscle spasms can be classified as a severe muscle lock or spasm.

Most of the time initial cramps are caused by fatigue in the muscles, exercising in the heat, hormone imbalances, dehydration, poor circulation of blood, excess weight, side effects of prescription drugs, age, insufficient stretching before physical activity and more.

Most people experience mild cramps can enjoy relief of their symptoms as a result of rehydration and rest. If muscle cramps become more severe however it’s possible to look at routines and to consider the possibility of an injury. Spinal cord injuries and a series of degenerative conditions like Huntington’s disease and dystonia are responsible for conditions that affect the nervous system and cause ongoing muscle spasms. Multiple sclerosis and amyotrophic lateral sclerosis are also conditions that can commonly include ongoing muscle spasms.

In order to treat some of the most chronic forms of muscle spasms, patients often have to receive a pharmaceutical intervention. Some of the most common treatments to handle ongoing muscle spasms can be Baclofen and Tizanidine. The problem with these pharmaceutical muscle relaxers is that they can often lead to potential side effects including nausea, shortness of breath, depression, rashes, dry mouth, chest pain, and more.

Using medical marijuana for muscle spasms could be one of the best ways to find relief. As a result of ongoing MS research, medical marijuana has been found as an effective treatment for ongoing muscle spasms in a series of patients. According to studies conducted by the University of South Carolina, THC and cannabis-based products were able to bond with the receptors in participant’s brains in order to suppress neural inflammation which was the main cause of ongoing muscle spasms in these patients. The Cannabinoids that were extracted from cannabis Achieva are synthetic form was able to provide an ongoing anti-inflammatory benefit and many of the same results that were found from traditional pharmaceutical methods. The only difference in using these natural methods is that patients were able to enjoy life side effects while still receiving the same results.

With a sample size of over 500 individuals that regularly experienced ongoing muscle spasms, treatment included administration of Sativex over for weeks that led to an improvement of over 20% on average muscle spasm symptoms.

It has also been shown that medical marijuana can present a series of improvements for day to day muscle recovery as well. Additional research beyond the scope of MS patients suggested that many athletes and individuals that experienced ongoing muscle spasms and fatigue were also able to see a difference in their symptoms when choosing medical marijuana for recovery. Many athletes that experience ongoing spasms and muscle aches that are associated with their overuse and exercise, discovered that through medical marijuana use they could experience less in the way of muscle spasms, faster recovery times and improved sleep that also assisted with muscle repair.

One of the top ways that medical marijuana is helping the average athlete to reduce muscle spasms is to assist with anti-inflammatory benefits. CBD has some amazing anti-inflammatory properties and it results in a massive amount of oxidative stress being removed from the muscles after exercise. Many athletes have discovered that medical marijuana for pain management and workout recovery has been considered to be a massive improvement for their recovery time and for their pain throughout the training.

If you would like to learn more about the use of medical marijuana for treating pain and ongoing muscle spasms, contact us today!